Statement on the death of beloved Councillor, Badsha Quadir 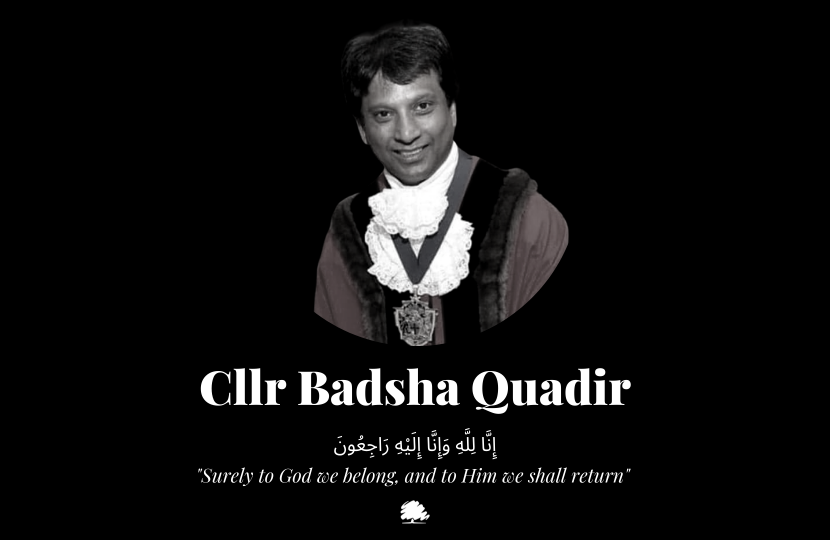 It is with deep sadness that the Croydon Conservative Party shares the news that our beloved Cllr Badsha Quadir passed away in the early hours of this morning.

Badsha was a devoted friend, colleague and community leader – constantly working to support the people of Purley and Selsdon, whom he represented on Croydon Council for many years.

Badsha was a successful local businessman who lived with his wife and three children in Purley for over 34 years.

Badsha was first elected to serve Purley ward in 2010. He was re-elected by the community in 2014 and 2018 before being voted to represent Selsdon Vale and Forestdale in May this year.

A qualified cricket coach and Chairman of Abahani Cricket Club, he was also a governor of Thomas More Catholic School and founding member of the Bangladeshi Welfare Association Croydon.

Badsha was a committed Muslim, devoting himself to supporting Selsdon Mosque.

Badsha was a dear colleague and a close friend, his passing is a terrible loss to our party, his community and the whole of Croydon.

A good, caring, generous man – Badsha will be missed by the many charities and community groups that he supported.

Our thoughts and prayers go to his wife Jebun and his entire family during this difficult time.

May Allah SWT grant him the highest place in Jannah.

Mary Croos, a member of Croydon Labour and previously a Labour Councillor for Fairfield, has joined the Conservative Party.

After joining the local Conservatives as they knocked on doors in Selsdon, Mary Croos said: