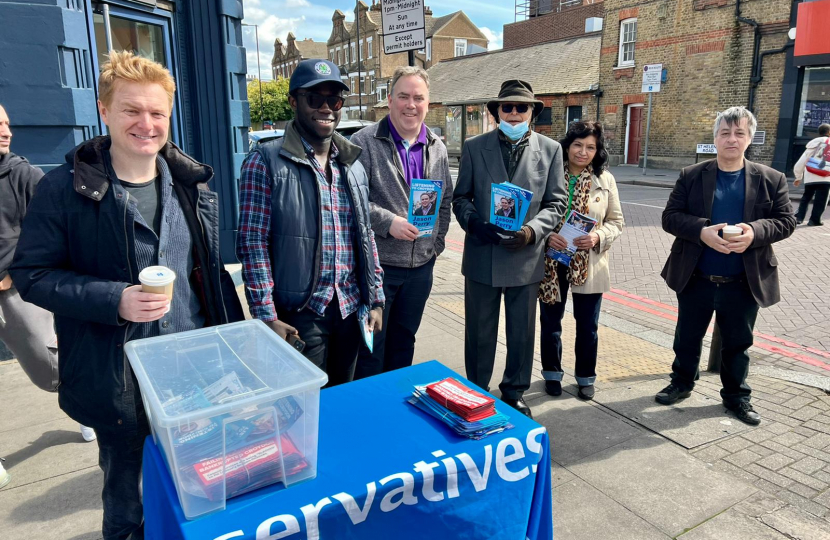 Over the last eight years of Labour running Croydon Council a consistent theme has been that residents feel they are not being listened to. From planning to LTNs and council tax to housing repairs the feedback has been that Labour have simply implemented what they wanted without actually taking any notice of what we were all saying. This needs to change and below are some of the steps I will be taking to ensure your voices are heard in the future.

For the last eight years I’ve been travelling around the borough listening to local people and community groups. As Mayor I will ramp this up, travelling around the borough to hold roadshows where local residents can come and both ask questions and hear from me and Cabinet members. It is vital that we take every opportunity to get direct feedback and I want to be both visible and accountable to the people of Croydon.

We need an Independent Chair of Scrutiny

The Chair of Scrutiny is the key Councillor who will hold the Mayor to account. It’s an incredibly important position to ensure that the Administration is running Croydon properly. Currently the Scrutiny Chair is from the same party as the Leader of the Council or Mayor. I think this is wrong and lacks credibility: who is going to challenge the Mayor more, someone from the same party as them or someone who is politically independent from their policies?

When Croydon’s Constitution was reviewed in recent months, the Conservatives proposed that the Chair of Scrutiny had to be from the Opposition. That means that if I’m elected Mayor, the Chair of Scrutiny would most likely be from Labour. Sadly the Labour Party blocked this to protect the current system – one that independent auditors criticised for badly failing during the bankruptcy.

As Mayor I will look to make the Chair of Scrutiny a member of the Opposition, and seek to change the system so we have a credible system of Scrutiny free from potential bias. After all, it cannot be right that the Mayor could appoint the person who should be questioning them!

The Council is required by law to consult on many things they do or changes they wish to make. Many of Labour’s ‘consultations’ have been little more than a sham.

When consulting on the introduction of Low Traffic Neighbourhoods 75 per cent of residents responded opposing them. With such overwhelming numbers you’d expect Labour to have listened – well you’d be wrong. They simply went ahead with the policy anyway!

There is no point in consulting if you are not prepared to listen to what residents are saying. I pledge to only hold meaningful consultations with clear criteria for what impact your feedback can have.

We have all seen the appalling conditions that Council tenants were left in at Regina Road and too many other locations across Croydon under Labour. This cannot be allowed to carry on, it is shocking that a full year on from those disgraceful scenes the independent chair of the Housing Improvement Panel is saying that nothing has changed. Tenants told the Council what was happening repeatedly over many months - but no one listened.

I grew up in a Council house in Croydon. That’s why I pledge to ensure that our housing department listens when tenants have reported urgent repairs and respond appropriately. I will adopt the Tenants’ Charter written by the tenants themselves and use that as our way forward.

Right across Croydon residents have been coming forward when inappropriate development and building plans have arisen in their area. The experience they have had under Labour has been one of complete lack of respect. Thousands of you have commented online, attended Planning meetings and even protested outside the Town Hall  - all to no avail.

I have a full section in the Planning section of my manifesto about how I will change the system for the better but we also need to change planning meetings so that when residents engage with the process and make their contributions they know they have been heard and considered. I will make this happen.

To be listened to you first need the opportunity to speak! This can be almost impossible with Croydon Council these days, especially if you try to use the phone – far too many people are left endlessly on hold, being passed from one person to another with no help to show for it. I know that using email and online services is the future of communication, but we still need to provide options that work for everyone and that includes face-to-face and telephone. You should be able to speak to a real person and I will make that option actually work. I will reopen the doors of the Council Offices to allow residents to speak directly to real person.

I’m Jason Perry and I’m standing to be the first directly elected Mayor of Croydon.