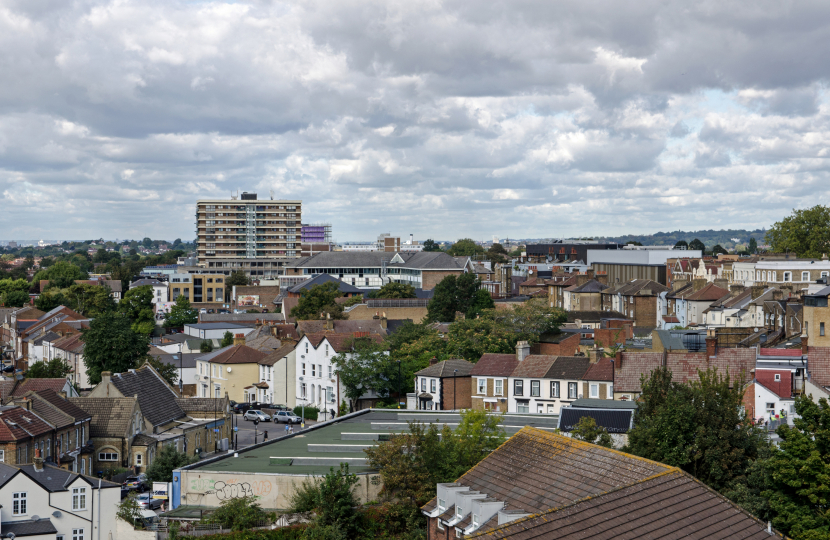 What have Labour done wrong?

Labour have allowed developers to run amok in our borough. They have put together a Local Plan and local design guides that allow developers to ride roughshod over the many distinct character areas of the borough. They have even used their wholly owned development company Brick by Brick to concrete over the amenity and green spaces on many of our council estates, removing much needed facilities from local people whilst at the same time increasing the density of development. Labour’s design guide has allowed for the destruction of family homes to be replaced by often inappropriate blocks of flats. They have squandered the investment opportunities that Westfield would have brought to the borough, thereby damaging the reputation of our town centre and driving away businesses, jobs and inward investment.

Labour have developed a Local Plan that is effectively a developers’ blueprint. They have ignored the objections of thousands of local residents and pushed ahead with their own agenda to intensify the borough, regardless of the impact on local people. In the most recent iteration of the Local Plan Labour have once again pushed ahead with even more ‘intensification areas’, putting a potential planning blight on huge swathes of the borough.

They have once again overstated the numbers, preparing to build 46,000 homes when the London Plan clearly identifies a target of 32,000 for the borough.

Labour have repeatedly failed to protect our green spaces with many local parks reliant solely upon national policy for protection. Despite many fantastic Friends’ Groups looking after parks across the borough Labour failed to properly consult and partner with them to ensure that all our precious local spaces were protected in the Local Plan. Labour have even put forward proposals to build on great swathes of the green belt – destroying precious green spaces for future generations forever.

Despite many areas of the borough suffering with an intensification of HMO’s (Homes of Multiple Occupation) the Labour Council has done nothing to control the issue.

They are attempting to increase the density of quiet suburban roads without providing any additional infrastructure – knocking down much needed family homes and building inappropriate blocks of flats.

Labour has presided over the “uglification” of Croydon. This is increasingly obvious across the Borough.

Croydon Labour has deliberately sought the highest possible housing target. Even the Labour Mayor of London had to intervene to try and get them to build less. They have sped ahead with intensification across Croydon at a far greater rate than is required and are currently delivering 120% of their housing target.

What would we do differently?

On day one I will drop the much-despised design guide that has wreaked such havoc across our borough. I will re-visit the Local Plan to restore a design-led approach to planning in Croydon, rather the current density-led model.

I will ensure that we once again respect the many wonderful character areas that we have across the borough, rather than trying to ‘reinterpret’ them.

New development will need to listen to local people, enhance suburbia and recognize the need for quality amenity space, particularly following the covid pandemic. A mix of homes by both typology and tenure will be vital to ensure future sustainability. CIL and S106 monies must be spent to enhance the areas that are being developed and provide improved infrastructure.

I’m Jason Perry and I’m standing to be the first directly elected Mayor of Croydon.